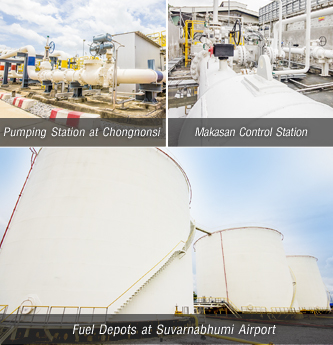 From the starting point of the first fuel pipeline transportation of Multi-Products in Thailand, the company is capable to transport various kind of fuel with the same pipeline. The throughput volume shall be from 3 sources:

The throughput from all 3 sources shall be delivered via underground pipelines laid parallel to the railway tracks to main pumping station at Chongnonsi area, then transported by high-pressure distribution pump at Makasan Control Station in order to deliver to terminals. The terminals are consisted of aviation fuel depots at Donmuang Airport and Suvarnabhumi Airport, Including the ground products depot at Bang Pa-In, Ayuddhaya Province with the pipeline distance of 69 kilometers.

The aviation fuel to Suvarnabhumi Airport shall be transported via pipeline system served by JP-One Asset Co.,Ltd., which is connected to the pipeline system of the company at Makasan Control Station with the distance of 32 kilometers.

The company has expanded the fuel pipeline transportation system from Bang Pa-In Depot. Phra Nakhon Si Ayutthaya to Phichit Depot Wachirabarami District Phichit Province, with a distance of 367 kilometers. The opening ceremony of the Northern Fuel Pipeline Transportation Phase 1 was held on March 27, 2019.

With the modern technology, international standard of fuel pipeline transportation system, it is accepted that the system is convenient, fast, safe, obtaining the quality, clean, pure product. In addition, the product loss is deemed the least also. 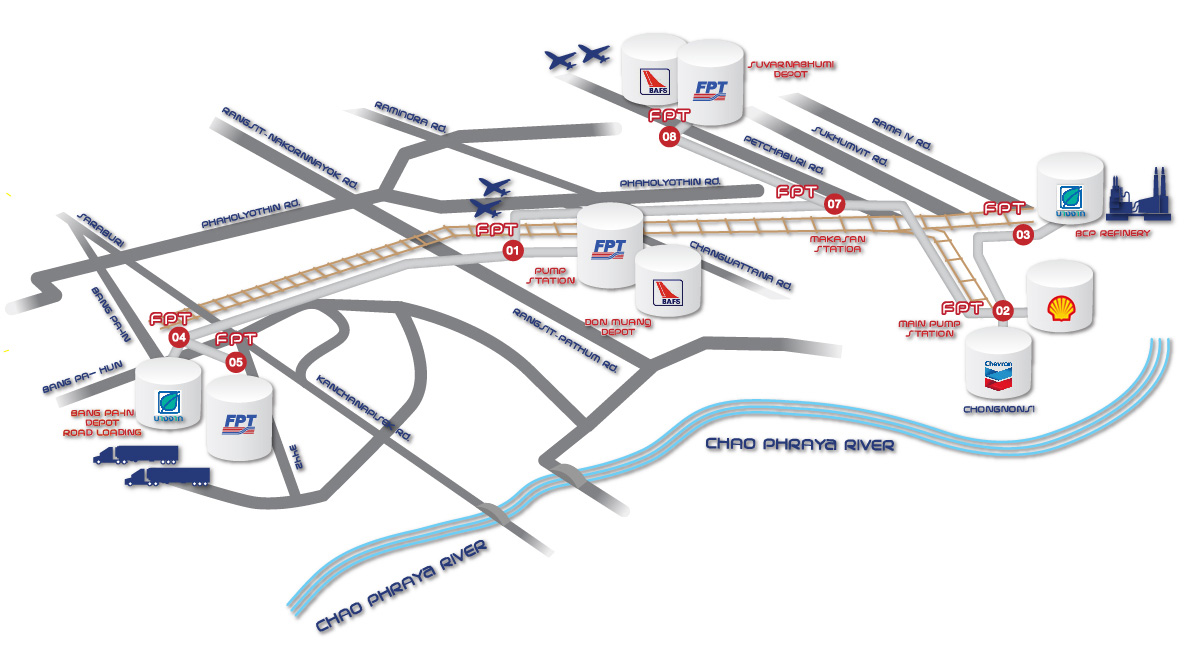 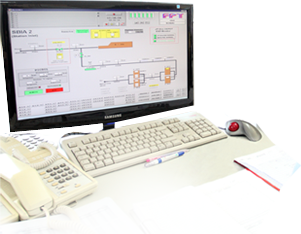 With control to the operation from modern computerized system, modernization with the highest efficiency system by Supervisory Control and Data Acquisition System (SCADA) is installed. The transportation system is controlled on the quantity, while the inspection is made to the kind of fuel flow via the pipeline system throughout pipelines. In case of emergency events, the system can be automatically inspected and detected on the fuel leakage, warning on emergency signal, controlling on open and close the manifold valves, start and stop pumps and internal equipment within the pipelines. In addition, the center of control room located at Donmuang head office can be monitored in order to turning on and off such equipments. 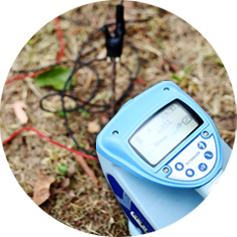 For the maximum security during fuel pipeline transportation, the company has installed the equipment with capability to inspect the internet pipeline conditions which is called PIG (Pipeline Inspection Gauge). This device shall move itself into the pipelines and also record the internal conditions delicately therefore, any spot of the pipelines started to be corroded, the inspection shall be detected and resolved before the leakage.

In addition, the company still has the Patrol Line Staffs to inspect the daily pipelines route in order to protect damages which may be occurred from drilling, demolition, construction on or above the pipelines.